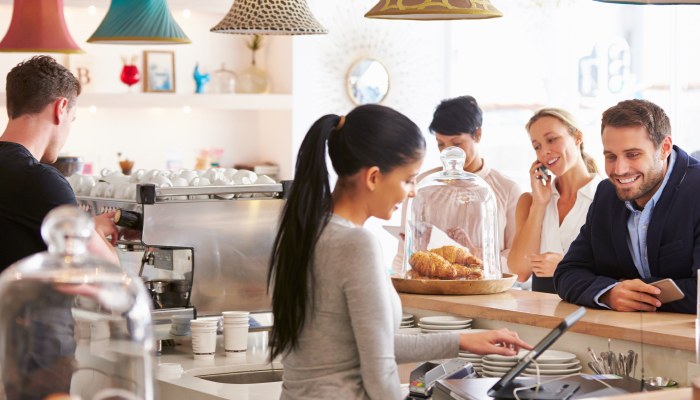 Who Can Be Excluded From Workers Comp in California?

That’s what I often hear when I talk to business owners about their workers comp, and, specifically, who is eligible to be excluded.  I’m not calling my business owner friends disparaging names.  What I’m saying is that they’re believing fairy tales.

Given that workers comp is often a big expense to a business owner, and given that the laws in California do allow  certain classes of people to not have to be covered on workers comp, thus causing their workers comp policy to cost less, I understand how  people can hold fast to these non-truths.

The purpose of this post is to separate fact from fiction.  It is beyond the scope of this post to detail what the consequences to operating a business under the mythical laws are rather than the real ones, but I will say this: while it may save money in the short run (by either having an artificially low reportable payroll or not having workers comp at all) it will cost more in the long run because the truth will always come out in a final audit, or worse, when an uninsured employee gets injured.

OK, so what are these rumors, myths, and lies about who can be excluded?
There are two:

Let’s tackle number one: “My spouse can be excluded.”
This is would be categorized as “mostly a lie,” because there is one particular situation where a business owner’s spouse can in fact be excluded.  And what is this situation?  Sole-proprietorships.  If you are a married sole proprietor, in the state of California, typically your insurance company will consider your spouse a co-owner and exclude him/her without any question.  But there are some caveats and the insurance company you’re working with will make the final call.  The State of California is a joint property state, which means that by default whatever you own (including businesses), so does your spouse.  However,  married individuals can elect to own property (including businesses) by themselves, without the spouse as a co-owner.  In a situation like this, it would follow that the non-owner spouse – if earning payroll – must be treated as an employee, which is to say, included.  However, the majority of insurance companies do not distinguish between one-spouse-owned or two-spouse-owned sole proprietorships  and will automatically exclude both the owner and his/her spouse.

One of my corporate business owner clients once asked, “What if my spouse who neither owns shares in the corporation nor is a titled officer, does some unpaid work for us.  Are we going to have to pay for her to be covered?”  That was a good question.  The answer is the fellow’s wife is cannot be excluded, but she is also not covered, so there is no reason to exclude her.  She doesn’t earn any money, which means she is not an employee, and coverage would therefore not apply to her.  But, if he decided to put her on payroll, she would become an employee, and would have to be covered with no option to be excluded.

On to the second lie: “Family members can be excluded.”

This one is a bad lie, bordering on being a bald-faced (or is it boldfaced?).  The origins of this whopper are mostly unknown (although I think I have an inking of an idea), and at first it was hard for me to believe that anyone believed this.  But upon further research I discovered that my business owner friends and clients were often hearing this from other insurance agents!  It shows the power of rumors, myths and lies.  I wonder how many businesses are running without workers comp, putting themselves and their businesses in jeopardy.   (See the Department of Workers Comp FAQs describing the consequences of being uninsured in California here: www.dir.ca.gov/dwc/faqs.html#5).  Anyway, the answer is simply: family members cannot be excluded from workers comp, unless, like above, they are a titled officer/shareholder if a corporation, a member if an LLC, and a partner if a partnership.

I mentioned that I think I know where this lie might come from, and here it is: the California labor code 3351 & 3352 which says (and I’m paraphrasing here, so feel free to find it in the code itself: www.leginfo.ca.gov/cgi-bin/displaycode?section=lab&group=03001-04000&file=3350-3371) that the only time a family member is excluded from the definition of an employee (not the same as being excluded from a workers comp policy!) is when 1) that family member is employed by his or her parent, spouse or child and 2) that person’s duties are incidental to ownership, maintenance, or use of the “employer’s” dwelling, including the personal care and supervision of the owner’s children (as opposed to a home-based daycare as a business).  What this means is that if you “hire” your son to sweep the driveway, your son is not considered an “employee” by the state of California, and you do not, therefore, have to get workers comp to cover him.  Contrast this with the fact that if you own a restaurant and hire your son to sweep the floors, he would be considered an employee subject to workers comp laws and he would not be able to be excluded on your workers comp (unless of course he was an owner/officer, member or partner).

So there you have it.  Two rumors, myths, and lies, debunked.  I can empathize with my business owner friends with the fact that these laws and regulations may inconvenience their operations.  I would also say that it is much more difficult to have to pay a surprise insurance audit or worse, get caught with an injured employee without workers comp!